Saving a Life One Scenario at a Time 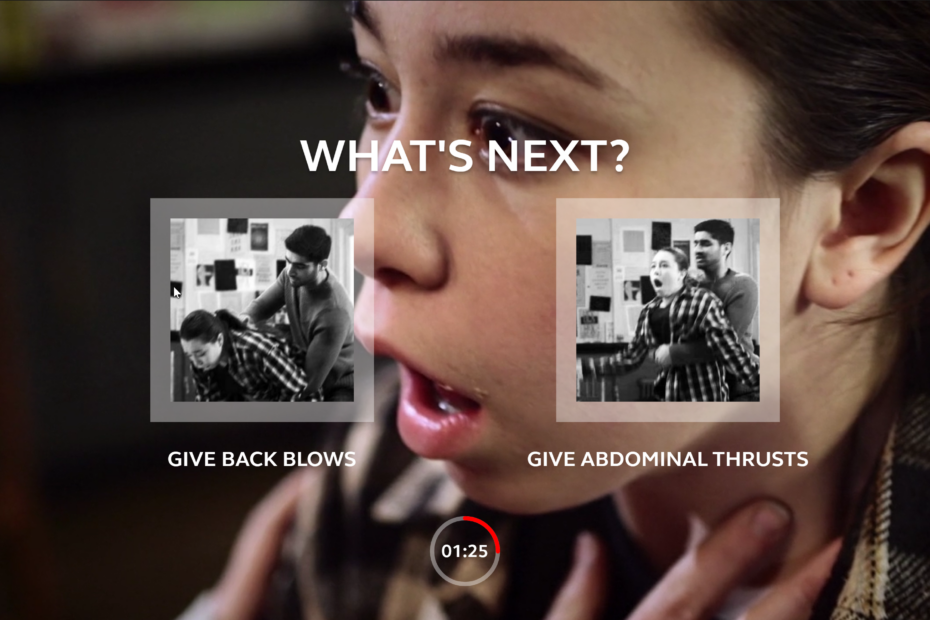 Video for Scenario-based eLearning – Is the Cost Justifiable?

While the use of full-motion video is not essential for scenario-based eLearning, it’s use can often improve effectiveness. According to Ruth Clark, the author of Scenario-Based e-Learning: Evidence Based Guidelines for Online Workforce Learning, scenario-based eLearning relies on a mixture of text, graphics, and images to drive the learner or actor through a narrative that may covers a broad swath of topics ranging from compliance to diagnostic concerns to research or operational decisions. But is video, that’s expensive to produce, a necessary media component? Let’s look.

Think of any dramatic television show or movie you’ve watched where you got caught up in the drama of the moment. Hands down video is ideal for delivering a compelling, immersive experience. There are scenario-based examples that depend upon video to fully capture and convey an immersive experience, and one of these is well-demonstrated by the Resuscitation Council UK’s Lifesaver program. Lifesaver depicts four emergency scenarios in which the learner is asked to act in order to save another’s life through the use of CPR and the Heimlich Maneuver (or abdominal thrusts, as it is known as in the UK).

The program can be run on any web browser on a computer, mobile, or tablet device. Resuscitation Council UK has also taken pains to produce a VR-compatible version that may be run on mobile phone attached to an inexpensive VR headset, such as Google Cardboard. I’ve not tried the VR version, but I have explored the web-based program, as well as the downloadable mobile version and can attest that they work well.

According to Clark, you need a trigger, an event that launches the learning inside a case or example of a situation relevant to the learner, to provide the impetus to start the training. In Lifesaver the trigger event in each scene is compelling: someone collapses.

Imagine that you’re an ordinary citizen or friend, and someone collapses in front of you. Do you know what to do? That’s the premise of Lifesaver. The training depicts four scenarios that may be completed independently of one another, but more useful if followed in order as they build upon one another. Each scene presents an individual experiencing a life-threatening incident in which you the learner are asked to step in and help that individual.

If you’ve ever watched CPR on your favorite medical TV show or in a movie, it’s pretty obvious that it’s a dramatic moment. Someone clutching their chest collapses, or they suddenly stop talking while eating. The music swells urgently. There’s a sense of panic and heightened concern. The characters stop whatever they’re doing to pay attention to the suddenly incapacitated person. Then someone – the hero character – steps in and starts performing chest compressions or grabs the person from behind and thumps on their back and hunk of bread flies out of their mouth like a rocket. It’s dramatic! The drama heightens engagement, and arguably, learning transfer.

Lifesaver’s learning objectives are straightforward: ensure the learner knows how to prepare for, execute (oops, bad choice of word here), initiate, and maintain the sequence of subtasks needed to successfully save the life of someone who has stopped breathing.

Scenario-based eLearning incorporates branching to move the learner through the scenario and allows for mistakes that are addressed with some form of guidance, which is different than a directive process. In directive learning, the learner might watch a video in which someone collapses, is resuscitated by a CPR-knowledgeable bystander, and then asked for responses to validate that they understand what they did/what to do. The guidance and learning transfer validation occurs after the fact. But this is less effective and really very similar to watching that medical TV show. It’s passive.

Scenario-based eLearning puts you right in the driver’s seat. If you fail to perform effectively the subject ­­could die. But don’t worry, Lifesaver won’t let you fail. In the end you get to be the hero.

In scenario-based eLearning the learner is presented with the case first and receives guidance as a consequence of their performance. Specifically in Lifesaver, learners are presented with realistic scenes: a teen who suffers cardiac arrest, a man who collapses in a subway station, a girl who’s choking on food, and a man who’s collapsed in a parking lot. Each are roughly ten to fifteen minutes in length.

There is an immediacy to each scenario that provokes an emotional reaction. I knew these were fictional tales, but I was instantly engaged and felt compelled to finish each one. Much of the camera work is handheld, giving the feeling of urgency. Too, the filmmakers use a combination of slow-motion to focus the action, and freeze frames to stop the action to deliver branching choices that are furnished as buttons, followed by succinct voiceover narration.

Multiple choices provide users with opportunities to take a path that may lead to failure, followed by the narrated guidance designed to return them to a successful outcome, but these branches typically number no more than three. During each branch Lifesaver shows a ticking stopwatch at the bottom of the screen reminding you that time is of the essence. In these emergencies time is of the essence, so providing learners with more than a few choices would occur as more distraction than the fulfillment of learning objectives.

Beyond the multiple choices, learners are asked to “perform” chest compressions and abdominal thrusts using various key combinations, for example “Simultaneously press the ‘P’ and ‘Q’ keys on the keyboard…” to simulate chest compressions. At the completion of each scenario, the learner receives feedback in the form of a score indicating how well they did as a percentage of the total number of key presses. I did not do very well on the first go-round, scoring 16%. I didn’t notice (until my partner tried Lifesaver) that I needed to press the keys simultaneously, not alternating. During successive tries my score improved a bit, but I discovered that I needed to be more consistent and slower!

Performing CPR and the Heimlich Maneuver are relatively straightforward tasks. Healthcare professionals would likely distinguish more subtle cues regarding the condition of a victim, so Lifesaver focuses on the fundamentals essential to keeping someone alive until trained help arrives. Appropriately the conclusion of several scenarios ends with the arrival of paramedics. The learning objectives are, however, realized: don’t stop taking resuscitation actions until help shows up.

The desire to create a narrative that’s both realistic and compelling is tricky, and there are moments when Lifesaver’s efforts at creating believable scenarios and characters falls into melodramatic territory, but the drama never overshadows the learning objectives. As well, the program doesn’t take a deep dive into the science of CPR or other resuscitation techniques, leaving that for medical professionals. It’s focus is always: don’t just stand there, do something!

Do We Have a Greenlight?

Estimating the cost of video production is complicated by many factors, including:

And on and on.

Some industry estimates range between $1,000 and $5,000 per finished minute of video. Using that yardstick, based on the total length of Lifesaver which runs about 45 total length amongst the four scenarios, you could estimate it cost anywhere between $50,000 and $250,000. That mean seem like a lot of money, but like the development of any training program, the cost needs to be justified. For the Resuscitation Council UK, paying for the development of Lifesaver was deemed “worth it.” Since it’s release in 2013, more than one million people have used it, and Yeung, et al (2017) concluded that amongst school-age children Lifesaver alone was comparable to providing face-to-face CPR training, and that’s a huge cost saving.

Under the right circumstances, using video in scenario-based eLearning is more than worth it. For your training project, it might be a real life saver.