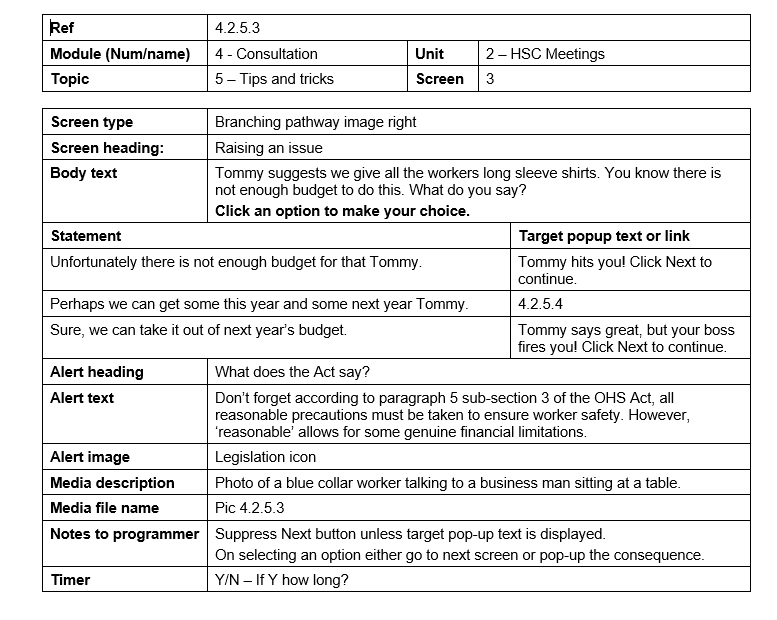 In the film and video production world, scripts act as visually and aurally descriptive roadmaps that define a finished production, i.e., dialogue, action, special effects, sound effects, music, animation, titles, and so forth. Formatting a film script is at once maddeningly restrictive and creatively emancipating, in other words a script that deviates from the industry-mandated standard – even down to the two brass brads that hold it together – will be found at the bottom of a dumpster before anyone deigns to read it. To be fair, there are variations:

But each of these script formats exists to simplify the process and remove the need to constantly search to improve it. In practical terms a screenwriter needs to spend zero time searching the web for script templates or racking their brains to come up with a novel approach to write and organize their script. Equipped with industry-standard screenwriting software, such as Final Draft, the writer can entirely concentrate on their story and dialogue.

Storyboards provide pre-visualization of the the script’s actions and sounds (shots) and often reference elements of the written script, e.g., scene number, shot number, location, time-of-day, and other pertinent elements. Storyboards move the experience and grasp of the film or video’s action into focus, providing the viewer with a clearer understanding of what and how things will look once they’ve been filmed.

There are no storyboard standards in the film industry. In the TV/movie/commercial biz, a storyboard is considered part of pre-production and  each producer/production company chooses or creates their own storyboard templates. Some filmmakers don’t use storyboards at all and create the day’s shot list on the back of a napkin. Ginormous productions (Marvel films or Michael Bay extravaganzas like Transformers) go to great lengths to pre-visualize complex and expensive computer-generated images (CGI). Studios don’t spend $300M on a movie based on a back-of-a-napkin sketch.

e-Learning scripts share some similarities with film scripts, including  the depiction of dialogue or narration, action, and visuals. But that’s where the similarities stop because there is more than one way for an e-Learning effort to play out. A film or television show always has a beginning, a middle, and an end. It’s linear.

The three column format that lists:

is popular with some IDs and can be a useful starting place.

e-Learning storyboards come in a multitude of designs and styles. Some depict:

But, let’s back up. To best understand the value of using tools like scripts and storyboards for e-Learning, let’s examine not what they do, but how they do it or rather how they’re used.

It’d be easy to assume that creating one storyboard format might reduce the amount of organization needed to assemble an e-Learning program, as well as, achieve some kind of cognitive nirvana to arrive at an optimal depiction of the program. But, of course that’s nonsense. Producing an e-Learning effort is inherently messy because there is no one way to do it. Some are linear, some menu-driven, some behave like virtual examples of a real environment, and so and so forth. For the tools to serve the instructional designer, they have to be flexible and welcoming to an iterative process. Building e-Learning is inherently iterative. Programs don’t just leap from the ID’s brain like some Promethean apotheosis.

It really is necessary for each ID to explore what tools others use and how they use them. Exposure broadens your understanding of how different instructional designers choose to work, and lets you develop or mine your own tool set. This is an evolutionary process, but not an exhaustive one. Someone, I don’t remember who, once said, “The Internet is a mile wide and an inch deep.” Type “e-Learning storyboard” into a Google search box and 622,000 results pop up. Not useful. So how do you know which of those links to click? Well for starters do you ever search past page three on a Google search? Besides avoiding obvious click bait, I look to reputable, industry publications and individuals who have some sort of following. I’m not going to take up your time or the space here to list all of the sources I’ve found. But, since I’m sure you’re curious, I found my below example while looking at storyboard templates at the Articulate e-Learning Heroes site that has a lot of community developed storyboards, templates, and a variety of other useful assets.

Some of the other places I’m bookmarking include:

When I work on a business video I avoid showing a client visuals until the script has been approved, and I think it’s wise to do the same for an ID. The relationship between tools and output is relatively hand-in-glove. Using Word or Google Docs offers the ability to copy blocks of text into some other tool and is a simple-enough starting place. I have used Excel to create matrices that won’t reasonably fit onto a Word document, but it’s use is limited and unwieldy: spreadsheet cells are not ideal for typing and formatting text.
PowerPoint is great tool for organizing, particularly for storyboarding, as well as scripting. For instructional design, I make no distinction between a storyboard and a script! e-Learning is a textual, visual, narrative hydra so developing a traditional script is too limiting. The storyboard is the design landing zone for an instructional design.

David Becker has posted a bunch of Word templates on e-Learning Heroes and here’s one of them that I like:

There are 14 templates in this zip file and 14 examples of them being used. The templates have names (like the above) Branching Pathway, and Click Bullet Reveal, Click Chooser, Drag to Complete, and Short Answer Reflect. Each identifies its interface role in the context of the content it’s articulating.

Check out the one above:

It’s pretty nifty. What I would add to this is an estimated time to complete and I might change the Alert to Feedback or Guidance.

One of the things I most like about this and its associated templates is the acknowledgement that there is no “one size fits all.” Storyboarding an eLearning effort means you have to accommodate the learning objectives inside the desired interface or model. Ruth Clark identifies four types of scenario-based eLearning interfaces:

Again, there are no hard and fast rules, these may be combined into hybridized interfaces but this collection of templates could be used for nearly all of these…I think. In truth, I’m unsure of how to think about designing a full-screen active object or a virtual world. The tools used for those seem like they would be tightly coupled with a working prototype. But that’s fodder for another post.